The Finnish Labour Museum Werstas collects objects and other materials related to working life and social history in Finland. The museum is located in the historic Finlayson factory area in Tampere. Entry to the museum is always free of charge!

The museum seeks to understand history from various perspectives by exploring the life of ordinary workers and various minorities, as well as marginal phenomena. Free admission offers everyone an equal opportunity to visit the museum and its exhibitions. The museum attracts more than 50,000 visitors every year. 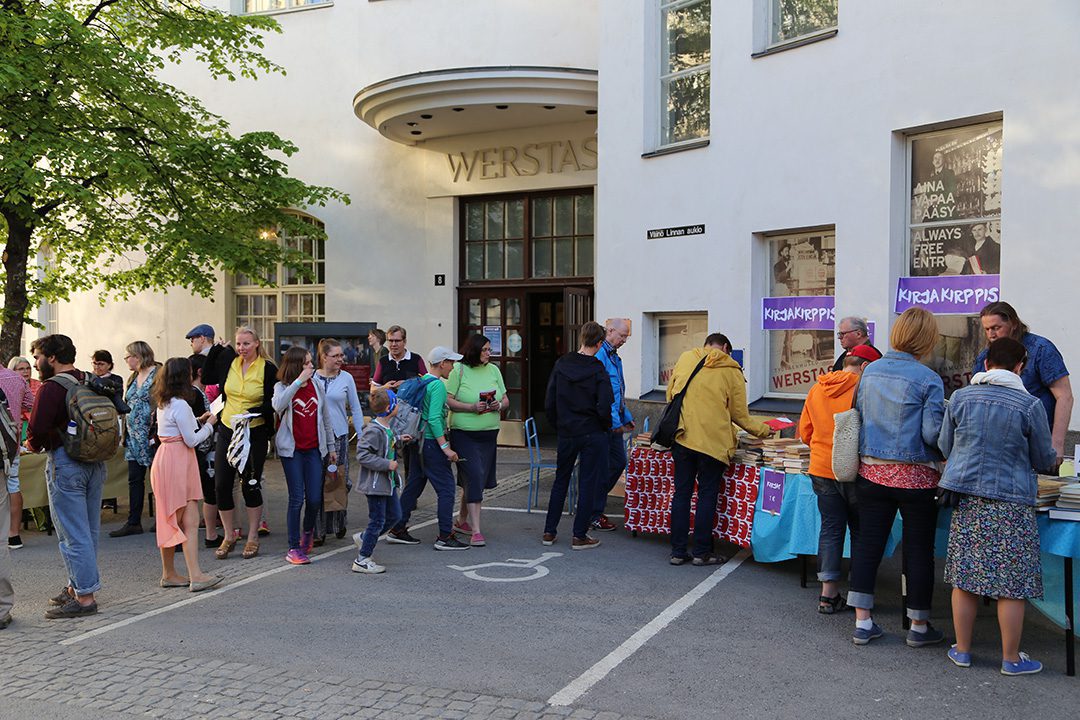 The museum is maintained by the Finnish Labour Museum Association, which consists of 29 institutional members.

The purpose of the association is to foster the traditions and material cultural heritage of the working population, to promote research on working life and social history, and to spark people’s interest in the history of the industrial era and civil society. The Finnish Labour Museum Association is a politically independent organisation.

Werstas receives an annual operating grant from the Ministry of Education and Culture in Finland, and the City of Tampere. The Finnish Association of the Deaf and the Employee Foundation (Palkansaaajasäätiö) also support Werstas in preserving Finnish cultural heritage.

The Finnish Labour Museum Werstas was founded in 1993. The museum tells about the life of ordinary people, the culture of the working population, and the history of marginal groups in Finland.

The museum opened its doors to the public in the old Finlayson factory area in November 1993. The museum started out by curating small-scale exhibitions. In 2001, the museum moved to its current premises by Väinö Linna Square. The museum has expanded into a popular museum centre that hosts various interesting exhibitions and events. Entry to the museum has been free of charge since 2011. The Finnish Labour Museum Werstas joined forces with the Finnish Museum of the Deaf in 2012, and with the Lenin Museum in 2014.

Werstas specialises in recording the labour heritage. The museum provides a comprehensive overview of the cultural heritage of the Finnish working population by exploring the history of workers and working life, unemployment, different work environments, workers’ housing, and the shared experiences and culture of the working class.

The exhibitions also address sensitive topics and explore, for example, the cultural heritage of minorities. Werstas was the first museum in Finland to exhibit the history of gender and sexual minorities and feminism in Finland, the environmental movement, and the history of disability in Finland.

You can support the museum’s work, for example, by donating to collections, volunteering, or organising an event at Werstas.

We want to ensure a high-quality museum experience for everyone, regardless of social or financial status, which is why we provide free entry to all our exhibitions.

We also want to give people the opportunity to influence and participate in the museum’s activities. As a volunteer, you can help us develop the museum’s collections and assist in organising exhibitions and events. Our group of volunteers consists of about 20 active voluntary workers who love museums and share a passion for history.

The museum’s activities can also be supported by joining the Museum Friend association (Työväenmuseon ystävät ry), organising an event at Werstas, or paying a voluntary admission fee. Fundraising boxes can be found at the museum’s customer service point, and in the exhibition hall lobby.